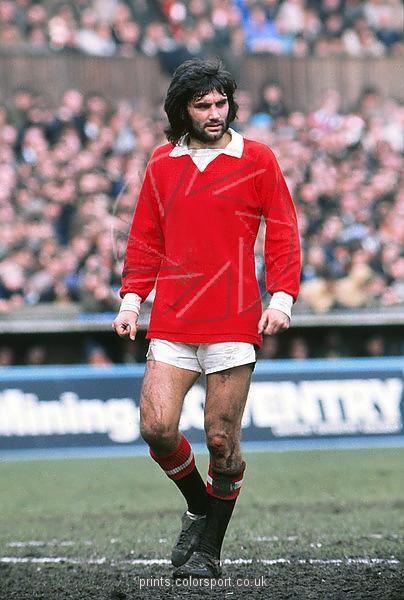 Cregagh Green to be twinned with Flanders Peace Field Young people from east Belfast are at the heart of a unique Peace Field Project (PFP) to commemorate the centenary of the First World War.
Organised by the National Children’s Football Alliance (NCFA), Cregagh Green is to be officially twinned with Flanders Peace Field in Belgium, site of the 1914 Christmas truces, where Allied troops and German forces came together to play football during a pause in the horror of war.
Designated a Field in Trust, Cregagh Green was also where the legendary George Best first kicked a ball, and during his football career united communities across the city. And as part of the official twinning ceremony on Wednesday 18 April, pupils from three local primary schools will take part in a ‘friendly’ in memory of WW1.
Alderman Tommy Sandford, chair of Belfast City Council’s City Growth and Regeneration Committee, who is attending tomorrow’s ceremony, said: “This is a very poignant way for the next generation to mark the centenary of the end of WW1; to reflect and learn about some of its history.
“It’s long been acknowledged that sport can be a uniting factor and it’s the same today as it was 100 years ago – and how fitting that this is happening at the very place where Bestie played football as a young boy.”
The young people taking part in the twinning event will also be attending the Global Peace Games in Messines, Belgium, in September.
NCFA chairman Brendan Hanlon said: “More than 100 children will be involved in the twinning event which will evoke the spirit of the iconic Christmas truces football games in 1914.
“This is a wonderful way of bringing the community together and I hope that some of the young people taking part might make new friends and this could become a regular fixture on the local sporting calendar.”
Ernie Brennan, NCFA CEO, added: “There are many monuments commemorating war; the peace pitch not only commemorates war, but celebrates peace. Sport is a brilliant way to bring people from all different backgrounds together.
“There is no finer symbolic place than the home of George Best – one of the world’s greatest footballers – to designate as a peace pitch.”
A presentation by the NCFA is taking place this evening (Tuesday) at Cregagh Community Centre.
NOTES to EDITORS
National Children’s Football Association (NCFA) is a coalition of agencies and organisations that safeguard and advance the rights of children in football. The NCFA also acts as a focal point and network for individuals and organisations seeking sustainable partnerships, information, education and/or training on child-centred approaches and children’s rights in football.
The Peace Fields Project (PFP) is an extension of the Heritage Lottery funded 2014 Football and Peace Project, inspired by the Christmas truces of 1914. It considered how a symbolic moment of WW1 history relates to the present day mission of the NCFA. PFP linked the escapism of play with the historic and explored conflict resolution. It provided young people with the opportunity to research their heritage in the First World War through the medium of sport. All participants pledged to twin their designated areas of play with Flanders Peace Field, Messines, Belgium.
ISSUED BY MARKETING AND CORPORATE COMMUNICATIONS, BELFAST CITY COUNCIL
For further information and media enquiries please contact:
Media Relations Office, Belfast City Council
Tel: 028 90270221

This incredible WWI story of Catholic and Protestant from same street is one of many true-life stories that inspired The NCFA to approach Cregagh Community Association and Belfast City Council to consider a Peace Pitch.  Twinning a designated area of play with Flanders Peace Field, site of the 1914 First World War Christmas Truces.

The incredible story of two men from the same Belfast street who fought in the First World War is to be told as part of a series of events commemorating the centenary of the Battle of the Somme. ‘Medal in the Drawer’, a production by Belfast playwright Dr Brenda Winter-Palmer, charts the real-life war journey of two volunteers – one Protestant and one Catholic – from west Belfast, who joined up to fight with the 36th Ulster Division

For Brenda, this was a labour of love inspired by her personal connection to one of the brave men depicted in the play – her great uncle, Rifleman Willie Kerr. She explained: “As a child I was always fascinated by a plaque that hung in the hallway of our Andersonstown home. It was inscribed with the name of William Kerr. “When asked, my mother told me that it was a medal that her uncle had received for fighting in the First World War. “No one in her family had talked much about him. Indeed in the 1970s in west Belfast not very many people talked freely about family connections with the BritishArmy.”

Medal in the Drawer shines a light on the fact that, in the midst of the Home Rule crisis, a time of great unrest between nationalists and unionists in Ireland, William Kerr, a west Belfast Catholic, chose to join Carson’s predominantly Unionist 36th Ulster Division, rather of one of the Irish regiments. The young man enlisted almost immediately after the outbreak of war in 1914, along with Tom Martin, a Protestant who lived two doors away at Forthriver Gardens off the Springfield Road.

The pair joined the 14th (Young Citizen Volunteer) Battalion of the Royal Irish Rifles and were shipped off to the Western Front, from where neither would ever return. Tom perished in a trench collapse in the lead up to the Somme, while William was killed in 1917 at Langemarck during the Third Battle of Ypres. The play also features two entirely fictional characters, who are based upon the experiences of real people. When she took on the daunting task of writing Medal in the Drawer, Brenda conceded that she knew comparatively little about the First World War. However, she did know about her ‘Uncle Willie’, and was keen to know more.