THIS COUNTRY’S ALL STARS

We are very grateful and honoured that Swindon Town FC are hosting the event and also thank all the players for both teams giving up their time to raise money for the Children’s Football Alliance.

Our relationship with the club began in 2020 when the Swindon Town Foundation twinned their Foundation Community pitch with the Flanders Peace pitch in Messines, Belgium, site of the 1914 Christmas Truce and football game. Football has a wonderful way of bringing people together and breaking down barriers and If you can play a game of football against your enemy during a World War, anything is possible. 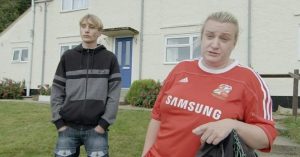 The Mucklowes have long been Swindon Town fans ever since Kerry did a day’s work at The County Ground selling burgers and Kurtan had a trial for Swindon youth team but unfortunately failed to turn up because he missed the bus.

All monies raised will support children from diverse poor back grounds at the Global Peace Games.  The NCFA’s peace education programme is a respite for mixed ability, mixed gender, special needs, refugees and migrant children to learn competences through play.   The GPGs is an annual week-long event that celebrates the United Nations International Day of Peace.  Many of the participants come from communities of concern and war-torn countries. Your support will provide happy memories. 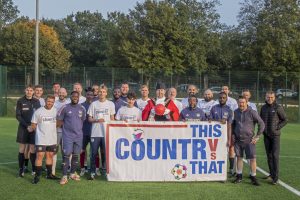 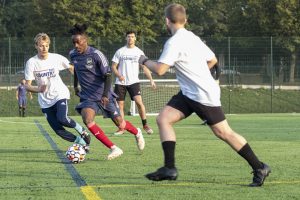 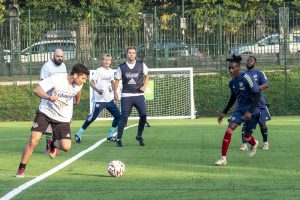 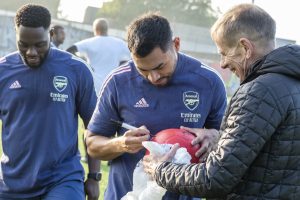 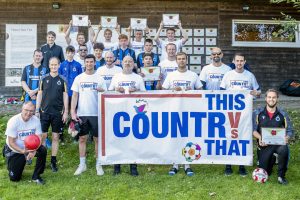 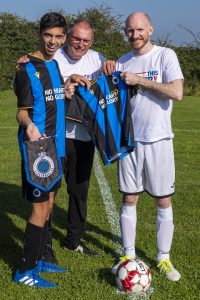 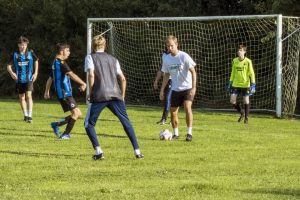 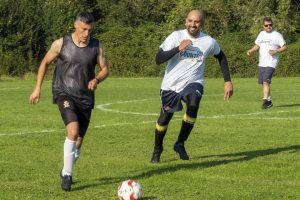 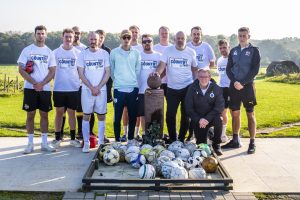 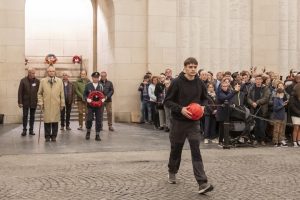 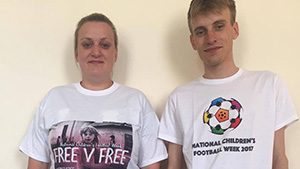 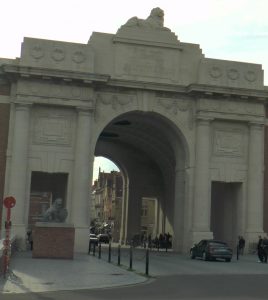 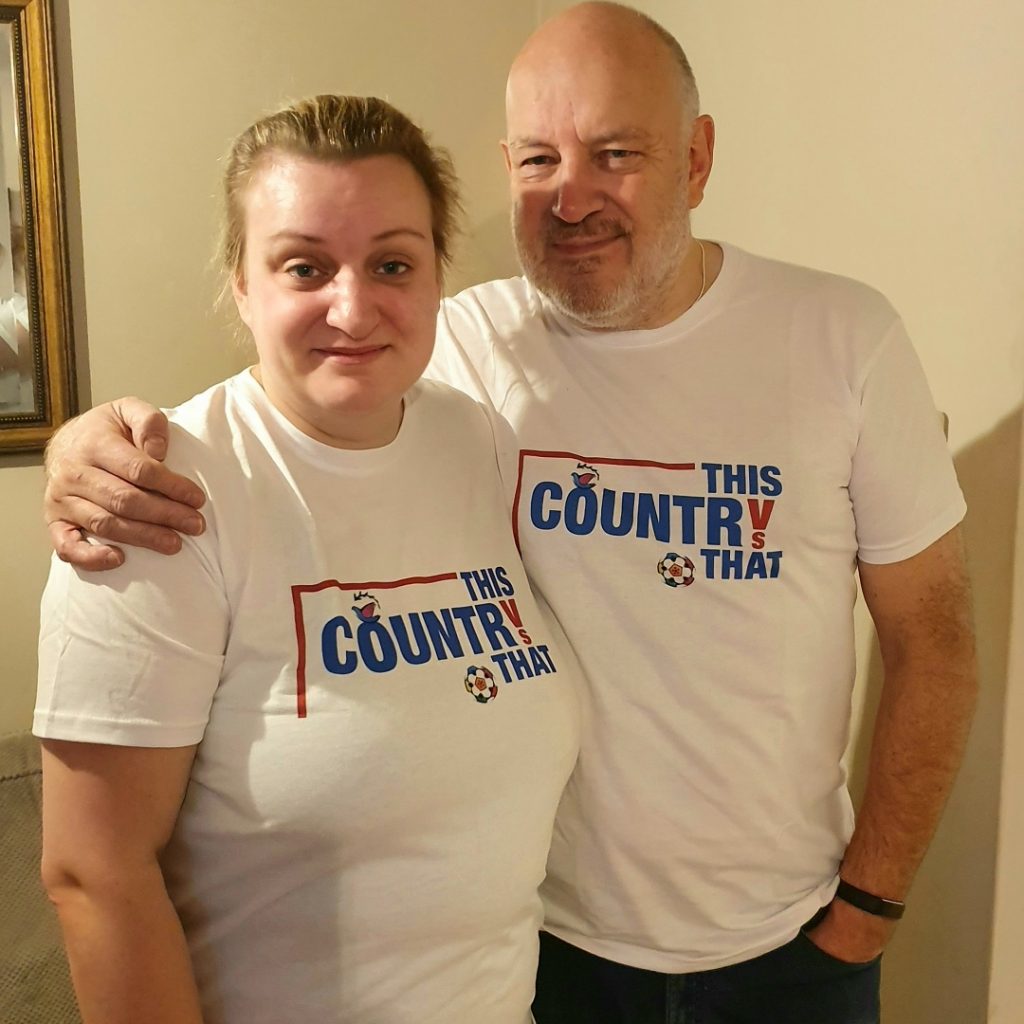 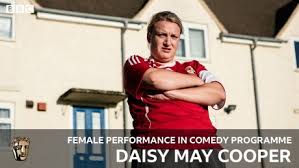 One of the Swindon Town shirts worn by actress and NCFA patron, Daisy Cooper is to be raffled with proceeds going to The NCFA and Global Peace Games.

The tickets cost £5 each. To enter the £5 raffle click on the DONATE PAY PAL LINK BELOW:

put the word ‘raffle’ in the comments box and we will be drawing the winning ticket, next Monday 28th September.

Thank you to Ellis Platten from the youtube channel Away Days for organising this.

Dates for the diary. We will be holding a charity gig in Cirencester on Saturday 24th July 2001 (Bingham Hall, Cirencester) followed by a Charity Football Match on Sunday 25th. (|Cirencester Town FC) stadium)

The theme is young people’s mental health and the proceeds will go to the NCFA, Sport in Mind and the Rachel Swindall Trust for a new project tackling young people with mental ill health. 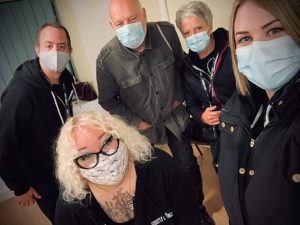 We had a fabulous night on Saturday 5th September at the charity ghost hunt put on by the fabulous paranormal events company, Ghostly Goings On at the Warmley Clock Tower near Bristol.

The event raised a staggering £700 for the NCFA and we are incredibly grateful to Danni Neville and her team for giving their night up for our charity.

The event started at 9pm and went onto 3am, way past my bedtime. But the scares and laughs kept me wide awake until the end.

The Warmley clock tower location used to be an old pin factory and well know for being haunted in paranormal circles. We know of at least one death at the factory when someone fell.

The first location in was the tower itself, it was pitch dark and the hairs on my neck stood up as the room temperature changed. 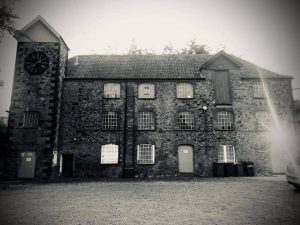 At one stage their appeared to be a spirit in the room and when asked, “Do you have a message for our special guest Paul tonight, the spirit answered NO! I couldn’t help retort:” Don’t you know who I am?”

During a thoroughly enjoyable and absorbing night, we had sensors going off, left right and centre, coloured balls moving around, a chair being tapped and kicked, and something tugged on my neck chain.

The time went so quickly, and everyone had a great night and it is something I would certainly do again.

The aim was to raise money for young people to participate in the 2019 Global Peace Games, Messines, Belgium. 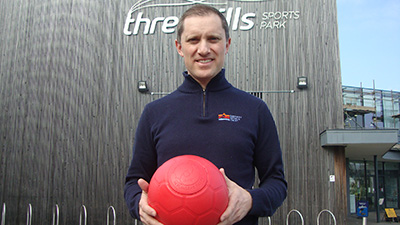 The Peace Ride then boarded EURO TUNNEL at 9am.  The Peace Ride resumed at 10am in Calais and arrived at The Menin Gate, Ypres at 7pm.