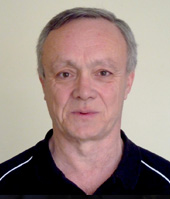 Footy4Kids founder Steve Watson is an unsung hero of the children’s game.  Steve provides a website packed with information about the children’s game in its many formats.  Members of the NCFA have long been admirers of the Footy4kids forum and requested that we feature the founder Steve Watson in a newsletter.  There is no bigger supporter of the forum than NCFA’s National Projects Director, Paul Cooper (PC)

PC.  Steve, Footy4kids is the premier website for children’s football coaches in the world – especially the forum, why do you think it became so popular?

SW.  The main footy4kids site is full of free, practical advice for all youth soccer coaches but it’s especially useful for coaches who are just starting out. There are more than 700 pages of top quality games, drills and ‘how-to’ articles that won’t cost you a penny. No wonder it’s popular!

I’m very proud of the footy4kids forum. When it started there was only one member – me. Now there are more than 4000 members, from all sections of the soccer community. There are professional coaches, FA staff, academy directors, parents, teachers and, of course, thousands of grass roots coaches who are all really keen to help anyone who posts a question. There are some real ‘characters’ too!

I’m on the forums just about every day and it never ceases to amaze me how friendly the members are and how willing they are to share their knowledge.

SW.  The footy4kids website started life as a small collection of donated coaching games and session plans that I wanted to share with my coaching colleagues and anyone else who might stumble across it.

I was astonished at how quickly it grew. Within a year or two footy4kids was getting thousands of ‘hits’ every day and it wasn’t long before it became the most popular youth soccer coaching website around.

PC.  In the years that the website has been going have you noticed any change in the type of coach on the forum?

The forum was a bit ‘hard core’ to begin with. The coaches were all very experienced and had strong views on coaching kids. Nowadays, because there are so many more coaches on the forum, there is a much broader range of opinions.

There are more younger coaches than there used to be (many of them teenagers who are combining playing with coaching) and I’m pleased to say that there are more female coaches too. Not enough of them…but it’s a start!

PC.  Do you think the forum has contributed in coaches changing their attitude towards children’s football?

There are many different ‘coaching philosophies’ expressed on the forums. And that’s how it should be. But there are many coaches who have a really positive, child friendly approach and I like to think that they have managed to persuade some of the old school ‘P.E teacher’ type of coaches that there is a better way to help children learn how to play football.

PC.  What has been your coaching experience?

SW.  I’ve been involved in grassroots coaching for about twenty years now. I started in the same way a lot of coaches do – by volunteering to coach my son’s team when their coach packed in. I still remember my first coaching session. Turning up with a bag of balls, a few cones and absolutely no idea of what I was going to do 🙂

Over the years I’ve coached several boys and girls teams ranging in age from U5 to U16. Nowadays I coach an U12 girls team in my home village in Lincolnshire. They are a great bunch of kids but they still have their moments!

PC.  Are we getting it right in children’s football or is there still a long way to go?

SW.  Sadly there is still a lot wrong with children’s football in the UK but nearly all the problems are created by adults, not children.

If you go along to any playing field on a Saturday morning you’ll see and hear coaches storming up and down the touchline in their smart club tracksuit, shouting at their players and the referee. You’ll also see children who spend far too much time on the subs bench and you’ll definitely hear the parents!

The FA’s Youth Player Development Review is a step in the right direction – especially the proposal to bring in a smaller sided format for younger age groups – but while we insist on imposing the adult preoccupation with league tables and trophies on our children, nothing is really going to change.

PC.  What would you change about the game children’s game given the power?

I would get rid of ‘competitive’ leagues for children until the age of thirteen (children want to play for fun, adults want them to play for points.

Have U6s – U8s playing four a side with no referees, just have pitch side facilitators.

Make it a condition of affiliation that clubs have to obtain Charter Standard status and that to get CS status clubs must have a policy that all the children who are taken to matches get at least 50% playing time (assuming they are not ill or injured). FA officials would carry out regular spot checks to ensure compliance.

PC.  Steve it’s been great talking to you.  Thanks for your time and keep up the great work you know you will always have supporters here at the NCFA.