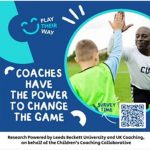 CCC. A new national initiative, the Children’s Coaching Collaborative (CCC), will be launched in 2022 with a campaign to encourage coaches to ensure that children and young people get to ‘play their way. READ MORE HERE

Professor Celia Brackenridge OBE, died in 2018 aged 67, was an international sportswoman, researcher and campaigner for gender equality and against child abuse in sport.  Celia, a founder member of the Children’s Football Alliance (CFA), was a stalwart in supporting the CFA when addressing the many formal authorities into listening to NGO’s that deliver children’s sport without branding. Celia, best described the CFA as ‘Development through football as well as development of football’.   There is much to celebrate in Celia’s work.  This article is a homage and a thank you to a wonderful person, with a legacy steeped in humility, integrity and humanity. READ MORE HERE 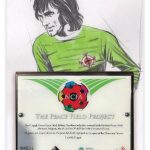 NCFA is proud to be involved with the Bestie 75 Tribute project. The tribute card (above) will be one of a limited edition set of 75 football trade cards to be launched on May 22, the anniversary of George Best’s.  Click here 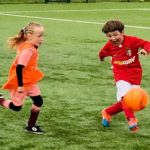 Tim Waring founder of T.W. Braga based in Belfast shared some football for fun sessions that can be played at home with the family and without referees.  Click here and enjoy the fun. 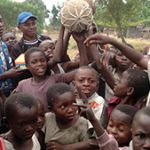 NCFA would like to thank Brighton & Hove Albion F.C and sponsors Starlizard Integrity Services for donating and distributing kit to International Peace Fields Projects in Argentina, D R Congo, Ghana and India.  The NCFA projects continue to deliver peace education through football and all peace pitches are twinned with Flanders Peace Field, site of the 1914 First World War Christmas Truces.  The pitches enable communities to facilitate fun football games for free and celebrate peace on the annual International Day of Peace 21st September. 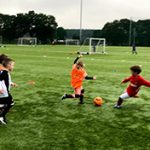 FOOTBALL IN A PANDEMIC

Grassroots football clubs have been forced to shut again as part of the second national lockdown, a move which has been widely criticised nationally.  Many Football Clubs have launched fundraising campaigns in order to replace the income lost from matchday fixtures.

Much needed football kits along with face masks will be distributed to International Children’s Football Alliance’s Peace Fields Projects.  The kind donation from Brighton & Hove Albion will be distributed by NCFA sponsors Star Lizard Integrity Services. 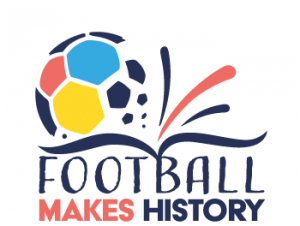 AN EDUCATIONAL PROJECT FUNDED BY THE EU ERASMUS+ PROGRAMME

Football Makes History brings together history educators and youth workers from all over Europe to develop new educational resources that can help young people explore European history and heritage through the lens of football, as well as use football to tackle social exclusion.

The NCFA advocate football for all. The NCFA accommodate football in all formats. The NCFA facilitate mixed ability – mixed gender football. Therefore, when we heard about Salisbury F.C we were keen to learn more. In the knowledge that Wiltshire FA’s Charter Standard Club of the year, 2018 and 2019, were carving into the conventional grass roots fraternity a football for fun approach; the NCFA sent Paul Cooper with a quill and a pot of ink, to find out more.  Click here to read interview with Dr Debbie Sayers

PARENTS NEED TO WATCH THIS

Erasmus+ supports League Football Education; becoming a professional footballer is the dream goal for many young boys and for many the Apprenticeship in Sporting Excellence (ASE) is the first step on that road. Unfortunately it can also be the end of the journey – when a professional contract is not forthcoming and they are released by their clubs at the end of the ASE. Click here to view short film

UEFA FOUNDATION FOR CHILDREN want all children to be able to live their dreams by playing football regardless of their situation, believing that football has unique ability to make a difference to people’s lives. Click Here for More Exhibition Details 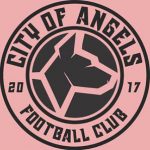 The NCFA have long lobbied the professional game here in the UK to provide football for children for free.  It is a concern for many soccer facilitators in the USA who are now challenging their football authorities to recognize and provide access to the children’s game for the growing majority that can not afford to play.  Is it about time that the game’s world governing body got on board?  Read a non profit organization’s argument to support free football here

UEFA and the United Nations helped to raise €605,000 for the UEFA Foundation for Children to fund humanitarian and development projects around the world. On 21 April, UEFA and the United Nations Office at Geneva joined forces to stage the Match for Solidarity charity football match. Aside from the game, between teams captained by Ronaldinho and Luís FigoRangers Read Press Release here 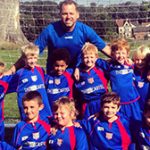 Ecclesall Rangers has more than four hundred members.  Martin Windle, Chairman and Welfare Officer, founded the club more than twenty-eight years ago.  Martin is passionately campaigning to retain and safeguard the Home Ground.   Sign the petition  and Read the story here 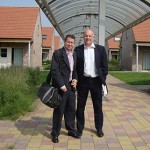 Paul Cooper revisits a period when national papers and the BBC were tripping over themselves to cover the outrageous behavior of parents on the touchlines of children’s football.  The fervour for blaming the children’s grass roots game for the England team’s lack of success. Read the article here