Is this just another toothless football campaign or does it have bite?
Grass roots football is in real danger; squeezed by near intolerable financial pressures, local authorities are no longer able to support the grass roots game. With dilapidated facilities, abject amenities and poor pitches being cited as reasons for both declining participation and a disincentive to attract new players, many of those on the front line are convinced that if nothing is done to address the threat, the gradual extinction of urban grass roots football is more than a mere possibility.
Paul Cooper (PC) talks to Kenny Saunders (KS) founder of the Save Grass Roots Football campaign and discovers that this campaign has plenty of bite.
PC. Firstly can you tell us what is Save Grass Roots Football?
KS. SGRF is a campaign set up to get more money put back into grassroots football for better pitches and facilities.
PC.  How and why did you feel the need to start the campaign?
KS It all started in November last year when I heard that Sefton Borough were inc
reasing mini soccer from £150 to £600 and bigger pitches from £550 to £1650. I organised a boycott of matches across Liverpool on the weekend 1st/2nd December. We achieved with help from leagues and teams over 9000 kids coming out in support of  us. We held a demonstration on the 2nd which was well attended by alot of teams and also media e.g Sky, BBC, Granada. Five days later we receieved confirmation that Sefton Council had ripped the consultation document up with immediate affect. 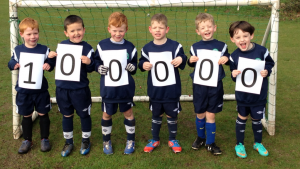 PC.  What can people do to support Save Grass Roots Football?
KS. Everyone can help by signing the e-petition here http://epetitions.direct.gov.uk/petitions/46134, following us on twitter @savegrassroots and circulating the petition to all that care about our game and its future.  We need 100,000 signatures at present we have nearly 12000.
PC. Do other countries share the same grass roots problems?
KS. No. Other countries do not have the same problems as the UK and the simple reason for this is that they all invest heavily into grassroots football and the kids of the future.
PC.  Have you had any acknowledgement from the custodians of the English game?
KS. At present I haven’t spoken to the FA or the Premiership. However they are well aware about this campaign. I have emailed every county FA asking for support as yet I have had no reply what so ever and considering the premier league and the FA are two separate governing bodies I find this strange.
PC.  Where in the country is Save Grass Roots Football showing signs of gaining support?
.KS I attended Burnley a couple of weeks ago for Redgrove junior football club in support of their campaign which was to stop the council selling off their football pitches to build houses. I attended on behalf of our campaign to show support because this is happening up and down the country and if we allow this to happen then grassroots football will die.
PC. What are the short and long term aims for the campaign?
KS. In the short term lack of investment means that the children do not have the facilities to use week in and week out to keep them in teams and out of gangs. In the long term investment will produce more home grown players and future international players and keep them all in a healthy safe environment. 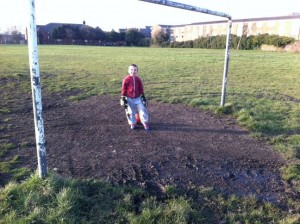 PC.  At the NCFA there are many experienced practitioners in grass roots football who know through experience that campaigning for anything in football in England can be a long journey.  Needless to say, NCFA will provide a platform for Save Grass Roots Football and any other organisations that put children first.  Good luck Kenny.
For more information follow Grass Roots Football here