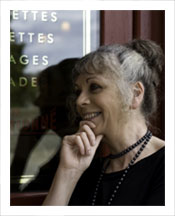 Hi Sue, it is great to have you on the National Children’s Football Alliance site and for those who don’t know your work could you please give us a short description of who you are and what you do?

Well, these days I write books and do talks on ‘child development in the modern world’ ‘ the best known book is probably Toxic Childhood. And because of that I’ve become involved in lots of campaigns, especially around the commercialisation of childhood and the changing nature of play.

But my background is in education and for most of my working life I was a specialist in literacy (I wrote grammar and spelling books!). The reason I changed tack about twelve years ago was that the primary teachers I worked with all over the UK were worried about changes in children’s lifestyles and the effects this was having on their physical and mental health. So I’ve spent my time since then researching child development ‘ looking at what children need to grow up bright and balanced, and how aspects of modern life can interfere with these basic biological requirements.

I live in Scotland, so now I’m Chair of the Scottish Play Policy Forum, on the board of Play Scotland and working with the Scottish government on policy for play in the pre-teenage years.

You talk about ‘free range play’ in your book, what is it and is it in danger?

Play is the natural human learning drive. It comes from within the child (from the moment of birth) and according to developmental psychologists it’s as essential to healthy development as food and sleep. Children are naturally programmed to be active, inquisitive, busy and social ‘ without any help from the grown-ups.

In every human culture until our own, it’s been accepted that young children should play outdoors with little adult supervision and without needing any particular equipment. They run, jump, climb, scramble, make dens, mess about with sand and water and stuff, and play pretend games. It’s natural. And it’s necessary for their physical, emotional, social and cognitive development.

But suddenly, over the last couple of decades, this sort of ‘free range play’ has almost died out. Parents have become increasingly anxious about letting their children play out because of traffic, irrational fears about paedophiles and so on. And with the ready availability of indoor, sedentary entertainment (TV, computer games, social networking sites, etc.), there seems to be no need to let them go outdoors.

As one lad said when I interviewed him for my book 21st Century Boys, ‘I can sit in my room, and watch my TV and play my computer games. And if I get hungry, I text down to my mum and she brings me up a pizza.’

With the current economic climate where does play fit in?

In the current economic climate, the sort of free range play I described earlier does not fit in at all. The main reason being that it is ‘ in every respect ‘ free. In a competitive consumer culture, there’s no place for free stuff. One of the main reasons that developmentally-appropriate play has died out is that parents and children have been brainwashed by commercial forces into thinking that children need technological toys and gadgets to play with. They don’t.

Most parents now think that unless their kids have all the latest computer games etc, they’ll be ‘left behind’. They tell me that their child is growing up in a world of information technology, so needs to be up to speed with it as soon as possible. In fact research shows that, in the first seven of so years of a child’s life, sitting in front of a screen does endless harm and no apparent good. Anyway, IT is developing at such speed that any skills children learn before the age of ten will be out of date by the time they’re in their teens.

The people who churn this stuff out for children and then market it relentlessly have no interest whatsoever in those children’s long-term physical and mental health. All they care about is making money. But marketing is an incredibly powerful force, so the true facts about children’s developmental needs don’t get airtime.

Many community football, sports and play projects that are free for children have been cut or suspended; the only alternative is the private sector. Do you think this is a healthy situation to be in?

I think it’s not only unhealthy but tragic.

I’ve no problem with consumerism per se ‘ to me it doesn’t seem any better or worse than any other political/economic system (and I do like being able to buy things in the shops!). But when the market started its aggressive targeting of children in the 90s ‘ turning them into a marketing tool to pester their parents ‘ it went beyond decent ethical boundaries. And it’s got worse and worse.

I was a consultant to the recent UK government report by Reg Bailey on the commercialisation and sexualisation of children (‘Letting Children Be Children’) and don’t think it went anywhere near far enough in stating children’s rights. Article 31 in The UN Convention on the Rights of the Child is ‘the right to play’. And play is free. It’s up to all decent, responsible adults to make sure children have places to play that are free in every sense.

We adults are responsible for raising the next generation, if instead we just try to make a quick buck out of them, we’re not just undermining their chances of healthy development, we’re denying our own humanity. And possibly threatening the long-term survival of the species.

Do you think parents are becoming too pushy when it comes to children’s play and they only see the next David Beckham or Andrew Murray?

All too often, yes. The selfish, aggressive, competitive ethos of increasingly unethical consumerism now permeates our culture. Parents have begun to see their children as a sort of ‘product’ they have to mould. But what they’re moulding are selfish, aggressive children, who’ll grow up without the emotional resilience, social competence and coping skills they need to thrive.

Several UNICEF surveys have shown that in the UK we have the lowest levels of childhood well-being in the developed world. Other studies show that on every measure of teenage disaffection and mental instability we’re at or near the top of the international leagues. In terms of education, we slip further behind every year. And we have the highest prison population in Europe.

Why can’t people make the rather obvious connection and realise that we’re subjecting our kids to a form of emotional abuse?

Do you think the Conservative Government will do more for play than the previous Labour government?

Errrrm’, Well, I think they’re doing something to unpick the scurrilous levels of health and safety legislation. The Young Report on ‘Common Sense, Common Safety’ was a good start. But the Bailey Report showed that ‘ in terms of reducing commercial pressures ‘ they’re only likely to pick ineffectually at the surface sores created by market pressures.

Just like the Labour government, they’re in bed with the multinational corporations, so what hope is there?

What do you think organisations like the NCFA can offer

They can be beacons of sanity. Somewhere for people who hate what’s happening to childhood to rally. A place where decent, responsible, caring adults can go for information about what kids really need, and where ordinary people can do something for the children in their neighbourhood.

Keep on trucking, NCFA! The health and well-being of the next generation depends on people like you!