Sue Palmer (SP) a former headteacher in Scotland, has written more than 250 books, educational TV programmes and software packages on aspects of literacy. For more than fifteen years she has been a popular speaker on this subject in schools, colleges and universities in the UK and across the world, and a frequent contributor to the educational press, notably the Times Educational Supplement and Child Education. 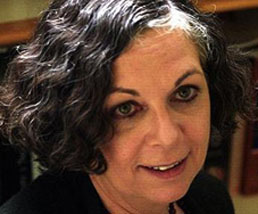 Paul Cooper (PC) met up with NCFA Patron Sue Palmer (SP) at Winchester University where she had just given a presentation to a packed venue on the subject of Unhurried Pathways.

(PC). Firstly Sue thank you for giving us time for doing the interview.

(SP). You are very welcome.

(PC). For the novices amongst us what is Unhurried Pathways?

(SP). We have just held a conference with that title about children between the ages of nought and five or six or seven depending when you think children ought to start school and it’s also the title of a document which has been produced to go alongside the Government’s statutory requirements the earliest foundation stage manifest a document called Unhurried Pathways to go alongside that which is attempting to give another way of looking at childhood besides the data driven audit culture ‘screwified’ version that I am afraid the Government tends to come up with.

(PC). What is driving the need for addressing childhood pathways?

(SP). One of the major premises of the whole idea of an unhurried childhood is that there is time to play and that time to play would involve hopefully outdoor play of all ages from during the early years you will obviously probably be supervised by your mum or somebody else’s mum but as time goes on children having the time to be children and play the way actually lucky children have played since time and memorial in every culture and in every country. It was just something children went out and did without us messing them about and a very important part of children’s development.

(PC). In your experience why do you think there are more and more reports hitting the headlines about behavioural problems in children?

(SP). The reason that the behavioural problems are happening and so many more behavioural problems are happening is that children have not had a proper childhood they have not been able to play and develop socially emotionally physically as they should therefore they have problems with getting along with other kids actually what they need is more opportunities in an appropriate environment with sufficient help on hand to play to reach those developmental goals but in fact what we do we reduce them. I mean sport has been traditionally a way in which lads particularly who needed a bit more direction have found a way of playing with the other boys and getting on with it and becoming socialised if things have gone wrong before but that is not going to happen if it is not play, if it turns into coaching and training and so on it is more likely to increase the sociable emotional problems that are there in the first place.

(PC). In terms of children’s football do you feel unhurried pathways speaks to parents and adults involved in the children’s game?

(SP). Children are born to imitate and they’ll imitate what they see. So if the football they see is highly competitive highly aggressive and basically it is just about winning at all costs. That unfortunately is what they will try to do as well. They are little imitators so I think that children who are given the impression that playground football park type football is the same thing as Premier League or being treated as though they might one day be treated as a Premier League player they are obviously going to have problems because they will start behaving in a way they think they are expected to behave which is nothing to do with football it is a sort of machoness which quite frankly they have not got the testosterone to fuel they are just imitating boys behaving badly. So then you will get problems in playground football and people will start saying ban football but in fact playing grown up games at their own level with their own rules with only needing adult intervention if they need a bit of directional help but then that actually is how children learn to get along with each other and particularly boys seem to enjoy playing in team games and find their place in that particular little group. It is quite tragic you end up with this ridiculous vicious circles beginning because we are either expecting children to behave like adults treating them like adults or putting down our own wishes onto them instead of letting them do what children do best successfully for themselves which is play.

Click on the link below to view the interview with Sue.