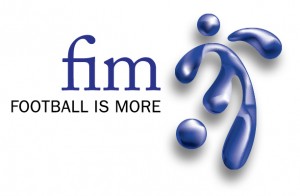 word inclusion. Two very important projects were successfully hold these days. The first goal was the inclusion of the “Super Teams” into the Swiss U16 Cup and hence the reduction of the reservation against physical and mental disability. The second highlight was the arrival of the Special Guest Team from Laos which participated at the 7th International Swiss U16 Cup in Ruggell (www.swissu16.com). The young footballers from Asia collected many different experiences in Switzerland as well as matches against clubs like Manchester City FC and Bayern Munich. At the end they defeated the squad from Tottenham Hotspur 2:0. 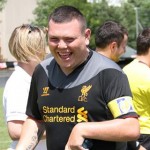 In this year’s Special Adventure Camp, organised by “Football is more”, teams from TSG 1899 Hoffenheim, Liverpool FC and FC Zürich participated. They enjoyed unforgettable days in the Principality of Liechtenstein and the bordering part of Eastern Switzerland. Beside various training session and trips, they also played the Special Needs tournament. The games were fully integrated into this years Swiss U16 Cup. At lunchtime, the “Super Teams” played at pitch 1 in an unbelievable atmosphere. Liverpool FC won the tournament with a victory against TSG 1899 Hoffenheim and a 1:1 against FC Zürich. Amongst numerous spectactors (including the 12 teams of the Swiss U16 Cup) were also some famous people like Alexander Waldi (President of TSG 1899 Hoffenheim), Ancillo Canepa (President of FC Zürich), Jim Cassell (FIM-Special Advisor) and the patron of the tournament Willi Lemke (Special Advisor to the United Nations Secretary General on Sports for Development and Peace).

12 academy teams played at the “7th International Swiss U16 Cup” between 25th and 28th July. Beside top teams from Europe (Manchester City, Bayern München, Celtic Glasgow, Werder Bremen, Rapid Wien, etc.) a team from Asia participated at the tournament for the first time. We successfully invited the U16 national team from Laos as the Special Guest Team of the U16-tournament grace to the cooperation with the relief organization “Laos – Education, Health, Sports” under the direction of FIM Special Advisor Alois Kessler. The young players stayed some days in central Switzerland where they saw the beauty of Switzerland and its tradition. At the Swiss U16 Cup they played against big clubs from Europe and impressed with their technical skills. The team from Laos showed their pleasure of playing football and became the audience’s darling. The Special Guest Team Laos ended the tournament with a victory over Tottenham Hotspur at 11th place. The impressions apart of the pitch and the meetings with other players were much more important than the results.

This year’s Football Is More event invited NCFA’s Director Ernie Brennan.  As the Partnership between the two organisations develop there were positive meetings regarding progressing the Football & Peace pan-European projects.

For more information about Football Is More please visit:

International Forum. Together We Are Stronger