WHAT SHOULD WE DO ABOUT GEORGE and DENISE

This article was first posted in 2009.  Thank you to GIVE US BACK OUR GAME for the revisit. 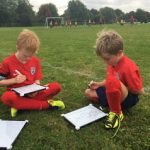 How do we deal with our talents?

We have never had such a plethora of places to learn stuff.

Nowhere is that more evident than in football with academies sprouting up around the globe. Intensive places of learning, bursting with knowledge and able to analyse everything from a player’s running gate, to how many successful passes he makes in a game.

How do we accommodate our top talents into these centres of learning?

In the last ten years academies have changed enormously with superb facilities and equipment. There are also many specialists, not just on the coaching front, but on fitness, nutrition, psychology and medical care.

Academies are important institutions in producing players, but dealing with the very top talents is the real challenge as they may need a different approach from a squad player.

Journalist Paul Gardner writing in World Soccer is somewhat sceptical about the whole system. “European countries are unable to consistently produce top-class players because development of young talent is constrained at academies.”

He also questions the coaching, “Coaching that starts too early, that emphasises the wrong things, that has simply got too clever for its own good. Any set-up in which adults are in charge of kids, telling them what to do, is bound to contain an element of intimidation. Most kids do not respond well to that; they would rather get on with things in their own way and make their own mistakes and have fun doing it.”

Talent is of course spread through the calendar and there is an argument that the late developers eventually could be the talents as they have to constantly punch above their weight.

Arsene Wenger once said of Thierry Henry that he was convinced there were at least twenty English players playing in non league football as good as the French forward, but it is easier to break a player than make one. That is the challenge that faces clubs and coaches. Also how the individual talents can work in a game that is based on being part of a team.

These players however are the ones than can change a game and win you the league title and to some extent don’t fit the mould that clubs use to develop their players.

In Ed Smith’s wonderful book, ‘What sport tells us about life’, he makes a case for not interfering in the creative process. “What do we mean when we talk of creativity and inspiration? Perhaps we can never fully understand the answer. Many of the most inspired sporting achievements, like great works of art or innovation, spring from parts of our personalities which resist rational analysis, let alone professional planning. There will be an element of self-awareness in all these processes – a management of talent, a regulation of originality – but also a good amount of instinct. Forces beyond rationality lead creative people to follow certain paths and not others. Like strikers with an instinct for where to be in the penalty area, something takes them into different (and better) creative territory.”

With all that money spent on facilities, the coaching badges, the staff and wages; with all that technology at their finger tips, it is presumed they know all the answers and that is where the problems begin. Can you teach creativity by getting kids to copy ten tricks used by the top Brazilian players of all time? But who taught the Brazilians?

Teenagers have had a bad press of late in the UK and in football we are perceived worldwide to lack creative, intelligent players.

But the country is stacked with talent, but maybe it is not always being found and nurtured properly.

For nearly fifty years the youth of this country have been the most creative force across the globe in popular music. Starting in the 1960s with the Beatles and Rolling Stones then moving on through the age of rock with Pink Floyd and Led Zeppelin; then came the punk era with groups like the Clash and Sex Pistols and laterally groups such as the Libertines, Coldplay and Arctic Monkeys.

This is a playground where you can do what you want. You learn from listening and watching your heroes; learn from your friends and trial and error. They are largely self taught and wholly responsible for the creative process in writing and performing their songs.

Would this process be enhanced by an Academy of Pop or would the spontaneity, intuition and creative process be diluted or lost?

The environment for the young musicians is still there in the bedrooms, garages and small halls up and down the land, but the original university for football, the streets, parks and playgrounds has all but disappeared.

We have never properly addressed the decline in street football which still exists in the countries that produce the best technical players.

A recent study by John Moores University in Liverpool found that the players in the Premiership Academies who were offered scholarships at sixteen had played a significant amount more informal football than the ones who didn’t, despite all the academy training and games.

The new emphasis is on the 5-11 year olds and we are told by the experts if we don’t get them at that age and coach them they are past it. That is also six years in which they can be ruined and some ten years before players of the ability of Best and Charlton started at Manchester United.

Is the current system right and if not can some of the extraordinary amount of money being spent go on a much larger amount of children playing in a more informal way and learning the game at their own rate without interference in their creative process?

No decisions to later, which would also stop all the nonsense of concentrating on the children born in the first four months of the football year.