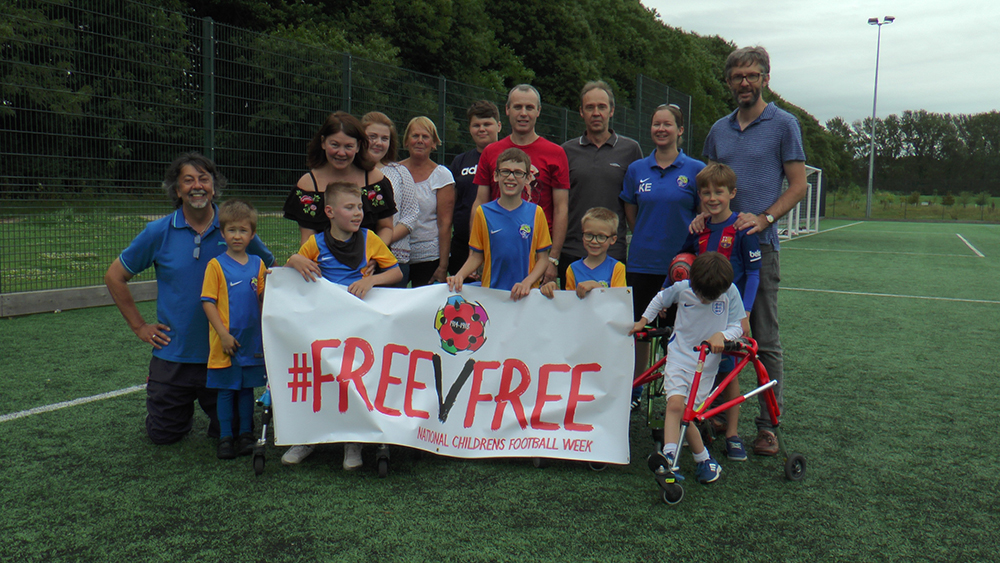 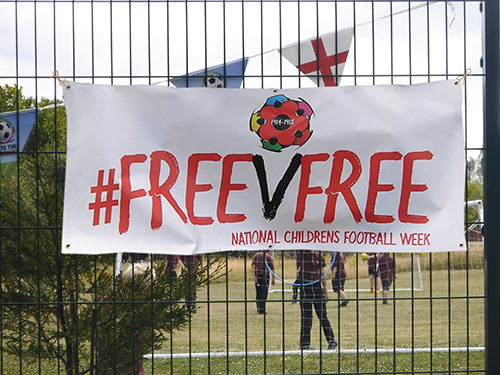 As I work at a special needs school I know how difficult it can be for students to access football activities outside of school hours, so as part of the NCFA Free v Free we held a week of football during the school day from 12th to 20th July, before the school year ended. All the children were invited to take part and time was made for a series of games to be played each day on the playground and school field. Students from sixth form helped out organise the teams and matches. Although the school has a football field with goals, we also played some games where goals were made up from jumpers and coats and there weren’t any side lines or coned areas. The youngsters who have some mobility difficulties playing on grass took part in some fun games in the school MUGA and then took part in a penalty shoot out against the teachers. On the last day of the Free v Free School week the juniors organised their own game, picked the sides and played without any adult instruction, cheered on by teachers and teaching assistants. The event overall was a very enjoyable experience for all those who took part during the week of fun football.

IF YOU, YOUR SCHOOL, CLUB OR TEAM WOULD LIKE TO TAKE PART IN FREE v FREE 2018 contact us at: info@thecfa.co.uk