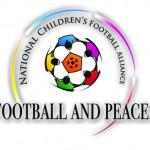 99 years since the UK entered the First World War, communities across the country have been given the green light to start a range of projects that will mark the forthcoming Centenary thanks to funding from the Heritage Lottery Fund (HLF).

Grants announced  August 2013 include the first to be awarded through First World War: then and now, HLF’s £6million small grants programme announced by the Prime Minister at the Imperial War Museum last October which aims to help communities explore, conserve and share their First World War heritage.

Now, young people in Kent will explore the role of football during the 1914 Christmas Day Truce; blind and partially sighted groups in Wolverhampton will begin researching how the war advanced ophthalmic medicine; people across the UK will investigate the names commemorated on their local war memorials including Abbotskerswell in Devon; the contribution of Scotland’s nurses to the war effort will be shared and marked; whilst the story of soldiers from Bolton who fought and died at Gallipoli will be remembered.

HLF’s First World War: then and now forms part of the UK Government’s Centenary programme.  National Children’s Football Alliance Projects Director Paul Cooper said: ‘This an important time to remember and a period in history that young people should have the opportunity to discover, discuss and contemplate.  HLF’s forward thinking provides organisations like NCFA to engage all young people, which will help continue the remembrance link’.

Prime Minister David Cameron said: “Our duty with these commemorations is clear. To honour those who served. To remember those who died. And to ensure that the lessons learnt live with us for ever.”

Dame Jenny Abramsky, Chair of HLF, said:  “The impact of the First World War was incredibly far reaching. Our new programme only opened in May and already HLF has seen a great deal of interest in people wanting to commemorate this important Centenary, coming forward with a myriad of fascinating ideas for projects. This is just the beginning of some very interesting explorations for communities everywhere who will find their own individual ways of commemorating.”

HLF has already invested more than £15million in projects – large and small – that mark the Centenary of First World War.

This project will use the iconic 1914 Christmas Day truce as a vehicle to explore the relationship between sport and the First World War. Local people across Kent, young and old, will research the impact of the War on local communities and will in particular look at the importance of recreation to soldiers during the conflict.  A documentary film of the project will be produced along with a website including the research and oral histories collected.  The project will culminate in a final exhibition at Maidstone United Football Club, Gallagher Stadium.