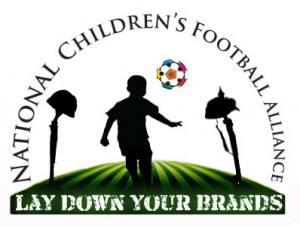 An open letter to the world of professional football.

National Children’s Football Alliance is appealing to the custodians of the British & Irish game to LAY DOWN THEIR BRANDS and support the Football & Peace children’s programme in recognition of the young men that played football at the Christmas Truce in 1914.

Football & Peace appeals to the custodians to join arms to help raise money for young people from disadvantaged backgrounds and give them the opportunity to visit Flanders Peace Field; to learn about the Christmas Truce, commemorate WW1, celebrate peace and take part in football for fun games with their peers from around the world.

The opportunity to bring the many organisations together in Britain and Ireland would send a clear message to the world of football, says the National Children’s Football Alliance. NCFA represent stakeholders from National, Regional and District organisations, all of which do great work through football. 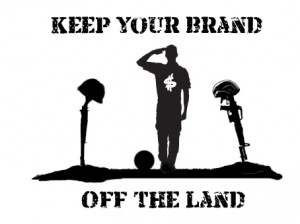 There is growing concern that Flanders Piece Field is in danger of being commercialised by the ever powerful Football Marketing Machines.  NCFA & ICFA believe that Flanders Peace Field should remain a tranquil place, unsullied by market forces and a designated field where the essence of the game is recorded for humankind.

Generations of young people should have access to the peace field. 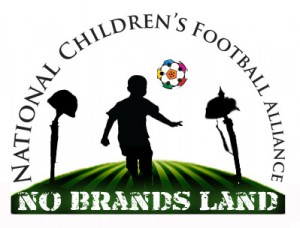 “Imagine a plot of land on the Old Western Front the size of a football pitch – there are no goal posts, no line markings, no corner flags, no sponsorship hoardings, no flood lights and no signs of a stadium – just a manicured field surrounded by tranquil farm land.  How fitting it would be for future generations to pay their respects and perhaps have a kick about with a football; to celebrate peace where tens of thousands died, leading to nine million battle-dead and 16 million war dead, a peace memorial, a catalyst to inspire young peace makers of the future”?  Ernie Brennan (Director, NCFA).

The commercial world of football must  take a step back and remember that the young men at Flanders reverted back to childhood to play a game of football and momentarily forget the horror of war, an act of humanity symbolising hope and peace to all.  By taking the lead and joining forces, the custodians of the professional British and Irish game would send out a powerful message to the world’s governing bodies, UEFA and FIFA.

The lessons learnt from 1914 Christmas Truce are powerful messages to young people in communities all over the world.  NCFA intend to bring young people together from disadvantaged backgrounds and provide an environment where football is played in the spirit of the 1914 Christmas Truce; without brands, emblems, logos and the modern day trappings of consumerism.  The game is the teacher, the teacher is football and the outcome will inspire young Peace Makers.