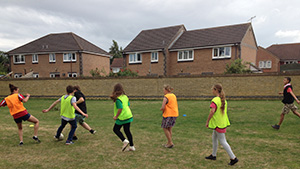 Many thanks to all those at Brogdale CIC Youth Club for helping me in finishing off the NCFA Free v Free week with another fun football event for youngsters with learning difficulties and disabilities.

The plan was simple, get the youngsters out onto the grass to join in with some fun football, which ended in a penalty shoot.

A host of youngster split up into teams and played against each other until it began to get dark, although a few of the youngsters had to leave before the end. 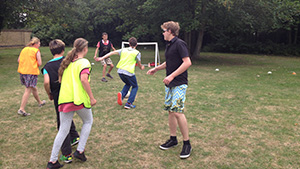 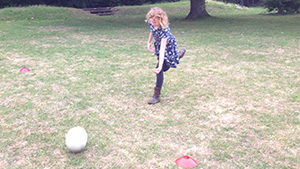 Some of those taking part were slightly hesitant at first as they hadn’t had many opportunities to play football previously, and although one young girl really wasn’t keen to play on the pitch, we included her by giving her the task of taking the throw ins and free kicks and by the end of the session the youngster was joining in by having a kick of the ball as well, and then scored a goal in the penalty shoot out, which gave her a real thrill. Whatever the children’s abilities the inclusion of all the youngsters in playing together is what the game of football is really all about, without restrictions or hard and fast rules to abide by. 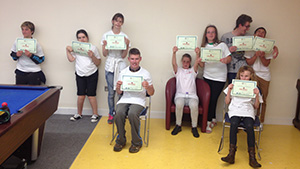 At the session’s end the youngsters were presented with a Free v Free T-shirt and a certificate for taking part.