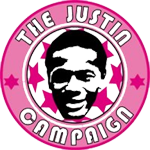 Ever felt like there are thousands of people against you? Well for hundreds, if not thousands, of football fans this happens every week when they go to watch their favourite football team. The reason: they are different to everybody else.

They are members of the LGBT community who just so happen to love the world’s most popular sport.

while either wathcing or playing the game these people are far to often subjected to horrible abuse.

Last year, The Justin Campaign, a group which promotes equality for everybody involved in football, launched Football v Homophobia. The idea was that people across the world would come together and oppose homophobia in the world’s most popular sport. It gives everybody, from children to pensioners, individuals to teams to show their disapproval to this abuse.

The date – February 19 – is linked with the birthday of Justin Fashanu, the first and only professional footballer who has openly admitted their homosexuality. The Justin Campaign hopes it will become the one day every year where individuals, community groups, teams and clubs all over the world can express their disapproval of homophobia in football and celebrate football’s diverse following. We hope that you can show your support for the day next year and ensure that this initiative significantly changes how LGBT people are perceived and treated in football.

Remember you don’t have to be a football fan or sports group to back the campaign.

Impacting on homophobia in football will communicate a zero tolerance attitude to homophobia in any shape, or form, across the world. To get involved visit our website

The Justin Campaign’established in May 2008’works to challenge discrimination based on sexuality and gender identity at all levels of football. Over the last 4 years, The Justin Campaign has successfully worked with local, national and international groups to promote inclusion and equality; specifically, to raise awareness of LGBT issues within football cultures and football communities.

In and around Brighton, The Justin Campaign has worked with schools (e.g. Seaford Head School) and youth groups (e.g. Allsorts & East Sussex Youth Development Team) to educate young people on football, sexuality and gender identity. Additionally, it has worked with adult populations (e.g. Winchester Prison and students at the University of Brighton) to raise awareness of the ways football can promote inclusion, equality and well being. At a national level, Colleges (e.g. City of Wolverhampton) Universities (e.g. University of Chester, Nottingham University), the National Union of Students and city Prides (e.g. Liverpool & Bristol) have actively promoted The Justin Campaign to both heterosexual and LGBT communities.

The most successful young people’s educational project to date is the joint initiate between The Justin Campaign and East Sussex Youth Development Team. Despite being closely located to Brighton, issues surrounding homophobia and discrimination remain largely hidden in these communities. After preliminary discussions’in March 2011’to address these issues, various events and activities have taken place in and around Seaford and Peacehaven. These initiatives have aimed to encourage ownership by the young people and this is evidenced in their selection of project name, design of playing kit and presentation of ideas for activities.

In May and June 2011, a group of school students successfully wrote and submitted a grant for monies to run a ‘Tackle Homophobia’ football tournament. The grant application was assessed by a panel of young people and it was awarded. The monies were used to buy wrist bands, lanyards and playing attire (shits and bibs) as well as covering the costs to print the ‘Tackle Homophobia’ message on these items. The event took place as a community day at the Wave Leisure Centre in Seaford on 26th June. Alan Quick displayed his Justin Fashanu exhibition, youth workers helped young people graffiti football tables with anti-homophobia messages, local police and fire service entered teams and, in all, about 200 people attended the event.

In an attempt to develop a more sustained young people’s project, The Justin Campaign and East Sussex Youth Development Team bid for monies from Southern Housing Group to run once-a-week ‘Tackle Homophobia’-football sessions at Peacehaven Youth Club. Again, this grant application was successful. The grant allowed the funding of a Level 1 football coaching course for two volunteers from the Justin Campaign (one woman who identifies as lesbian and one man who identifies as gay). These ‘LGBT’ coaches, along with two other volunteers and a coach from Brighton and Hove Albion FC, deliver weekly football sessions for 1 hour and workshops on football and sexuality for half an hour.

This project has been particularly successful and the group of young men who attend have actively engaged with ‘Tackle Homophobia’. For example, in November 2011, they attended a men’s U19 international game (England v Denmark) at the Amex stadium. They all wore the conspicuous pink Justin Campaign playing shirts with ‘Tackle Homophobia’ inscribed across the back. Currently, this group of young men are planning to attend an international youth tournament in Denmark in July. They have Justin Campaign training t shirts, which they wear to the weekly sessions and they have designed their playing kit for the tournament ‘ again using the pink and black colours of The Justin Campaign and with the Tackle Homophobia message inscribed on the shirts.