A PEACE PITCH IN MEMORY OF WALTER TULL has been proposed and a special needs/disability football game helped launch the campaign for the first peace pitch in Folkestone. South East Gulls v Bruges F C played a game of football in the memory of Walter Tull, one of the first black professional footballers who served as a captain in the war and was born in Folkestone. Saturday 1st September 2018.
Hosted by Three Hills Sports Park Folkestone, the event brought young people from Bruges FC, Belgium and Kent, together with the aim of creating a peace pitch twinned with Flanders Peace Field, Messines, Belgium, site of the 1914 Christmas Truces. The clubs took part in a commemoration ceremony where Bruges F C’s players presented a Peace Poppy Ball to the Kent players. A poem ‘Searching for Walter Tull’ was read out by Bruges FC and a minutes silence held. The peace pitch will serve to commemorate the First World War and celebrate peace. It will promote sportsmanship, friendship and social inclusion.
Organised by The National Children’s Football Alliance the Peace Fields Project promotes the The United Nations, annual International Day of Peace, 21st September.
David Ramzan, NCFA Special Needs Education Officer, said, “Twinning with the most poignant football field in the world will inspire young players and peace makers of the future – we should never forget the essence of playing football in the spirit of the Christmas Truces.’’

Schools / clubs interested in taking part in the Peace Field Project (PFP) need to contact the National Children Children’s Football Alliance at info@thecfa.co.uk The PFP enables young people and communities to learn about their heritage, which the centenary commemorations provide, through engagement in a comprehensive programme of activities, culminating in a commemoration event where the school playing fields will be designated as Peace Fields. 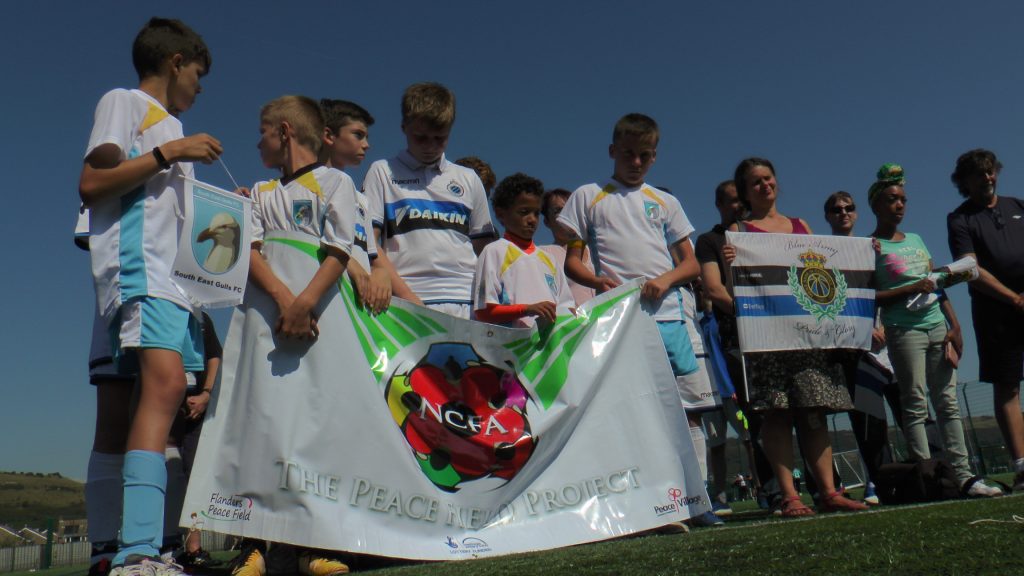