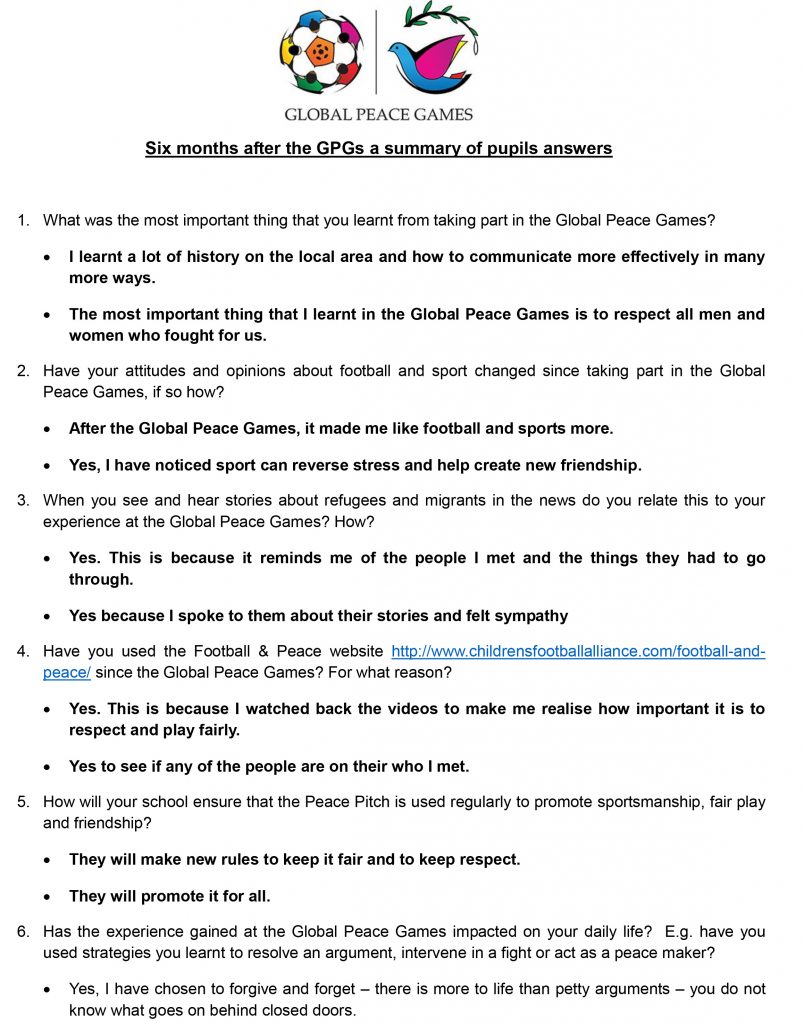 Helen Whately, MP for Faversham, said, ‘The Peace Fields Project twinned The Abbey Schools playing fields with one of the most famous areas of peace in history.  It is great, Faversham has a Peace Pitch that we can all be proud of.  A First World War centenary legacy produced by young people in memory of all the war dead ‘ 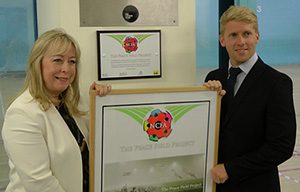 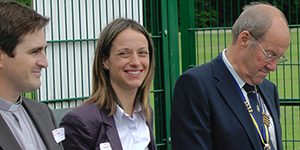 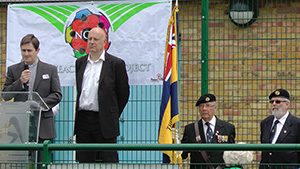 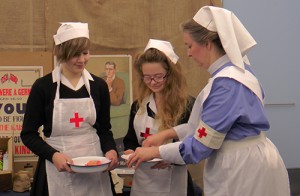 Some comments from the pupils.

‘I got to role play, it was fun and very informative’.  ‘ It was fun’. ‘Interactive and fun’.  ‘I loved the work shop as we saw all of the weapons and how they were used. The nurses role to was very interesting’.  ‘We got to dress up and learn lots of amazing things’.  ‘Really cool workshop’.  ‘It was very interesting to find out what it was like to fight in the First World War’.  ‘Fun and different’.  ‘The workshop was interactive and they told the facts in an unusual way’.  ‘Amazing’. ‘I had no idea about the class structure in First World War until this project’. 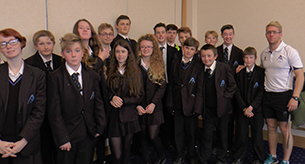 Abbey School attended the Gateways to the First World War lecture given by Dr Emma Hannah.  The Abbey School were awarded for their exemplary  input at the lecture. Pupil S Elysee collected the award on behalf of his school he said, ‘we really enjoy the lecture and visiting Kent University’.

On a beautiful autumnal day Year 9 students from the Abbey School again marked the centenary of the First World War with their annual visit to the Ypres Salient. The school visited a number of cemeteries as well as battlefield sites. At Tyne Cot, the largest Commonwealth War Cemetery in the world, a wreath was laid on behalf of the school by Kiran Cornish, Katy Collins and Lucy Shepherd. 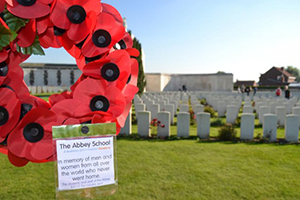 The visit also gave students an opportunity to see what trench warfare was like by visiting a recreated trench network and underground bunker whilst looking around the Passchendaele Memorial Museum. Here students could experience first hand what a trench system was like and experience the living conditions so many soldiers faced. A final site visit to Hill 60 enabled students to see how some of the landscape was dramatically changed by the war by visiting two huge craters created as a result of massive underground explosions. 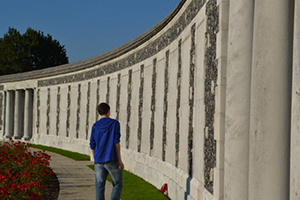 The day finished with the Last Post service under the Menin Gate which was a poignant way to end a fantastic trip, and enabled the school to pay their respects to all the men and women who gave their lives during the First World War.

Remembrance Day had an extra special impact this year at The Abbey School. Hundreds of Abbey pupils helped to make over a 1,000 poppies during their art lessons. Mrs J Hobbs and Miss E jones supported the pupils in making the poppies. On the eve of Remembrance Day pupils and staff helped to complete the powerful display, setting up a corridor within the school with over a 1,000 poppies hanging along the walls. The display provided a beautiful surprise for staff and pupils on the morning on Remembrance Day to walk through the display. This “pop up” art display made a special touch to Remembrance Day and helped further build on the work the school has been involved in this year with the Peace Fields Project. 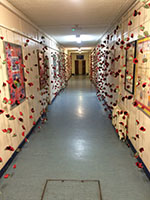 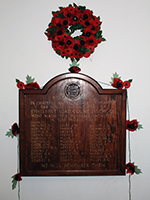 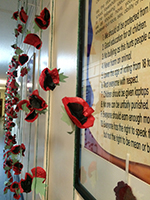 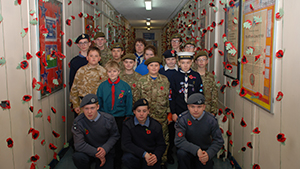 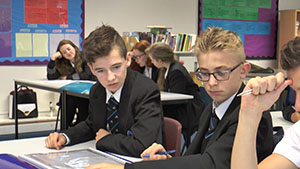 Abbey School kicked off their Peace Fields Project with the NCFA and Kent County Council’s Libraries, Registration & Archives workshop. Project Manger Mr Long said, ‘The pupils really enjoyed the lesson and they are now looking forward to fully engaging in researching local First World War history.  The pupils reported back that the session was very interesting in terms of contextualizing sport in the period of the First World War with sport in Faversham today.