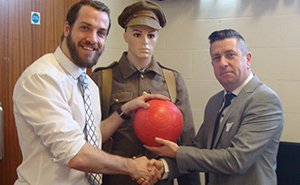 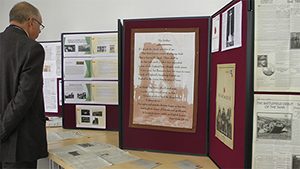 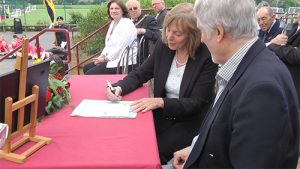 Special guests the Mayor and Lady Mayoress, both commented on a wonderfully observed Last Post where many of the young primary schools’ participants experienced the ceremony for the first ever time. 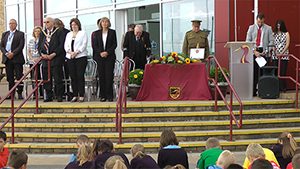 Rosalind Meredith, Learning and Events Officer at Maidstone Museum, said, ‘The ceremony was very moving and all the pupils respect was impeccable’. 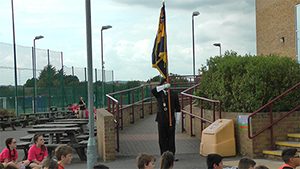 Reading of Capt. Dougan’s letter and a reading of The Game; Christmas 1914 Poem, by year 9 students added to the occasion.  Words by Rev Anthony summed up the importance of peace through play, games and sport, ‘Footballs brings us all together today and just like it did in 1914’. 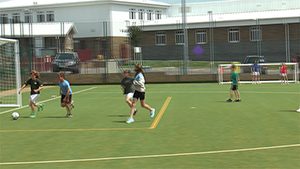 Mixed gender, and mixed ability teams take part in the first Peace Tournament played in the spirit of the 1914 Christmas Truces. 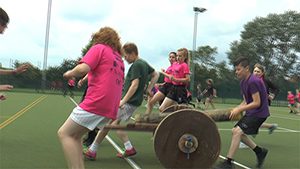 All primary schools were presented with a Peace Poppy Ball to take back to their respective schools and create their own Peace Field. 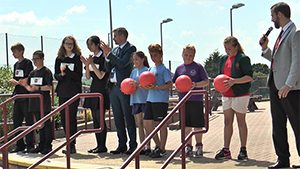 Herne Bay High School present their primary school guests with a Peace Poppy Ball so they can now go ahead and create their peace field. 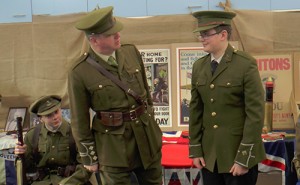 What the pupils said 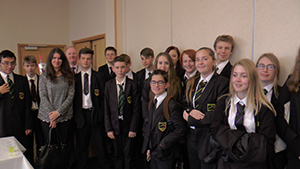 Herne Bay High School attended the Gateways to the First World War lecture given by Dr Emma Hannah.  Herne Bay High School were awarded for their exemplary  input at the lecture. Pupil S Eissens collected the award on behalf of her school she said, ‘the lecture was very interesting and the whole school is looking forward to twinning with Flanders Peace Field’

Herne Bay High School (HBHS) kicked off their Peace Field Project (PFP) with a workshop given by the NCFA and the Kent County Council’s Libraries, Registration and Archives.  The pupils were introduced to the PFP and how they can research the First World War in their home town of Herne Bay.  HBHS, Project Manager, Mr Gregory, said, ‘The workshop helped pupils to consider a number of areas to research.  All the pupils took part in the tasks set by Libraries, Registration and Archives Officer, Mr Illingworth. It was an enjoyable workshop and one that sets up the project for the pupils to get start their research.

‘I know it was called ‘The War To End all Wars’

‘I know there was a lot of devastation’

‘If I was forced to then I would, but if I had a choice then I wouldn’t because I don’t like to leave my family for ages’

‘No I wouldn’t as I would stay at home and look after my family.  I would help people from home’

‘I would try and make the countries talk about their problems to resolve it peacefully.’

‘I would do my best to make sure that people never forget the devastation of the war, the lives it destroyed and the buildings it destroyed’