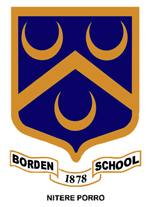 ‘Women were kept on the Home front to work’

‘Trenches were rife with disease and rats’

‘Events occurred that are still be debated today’

‘The assassination of Franz Ferdinand Triggered the war’

‘Yes……because this country is my home.  I would fight for the people and my family’

‘Yes, because fighting for you country is a heroic thing’

‘It would depend on the situation. If it was the last resort and the country was at risk of losing and being invaded, then I might but otherwise I probably wouldn’t’

‘I want go to war because I am too young.  May be when I am older I might though’

‘Personally, I would not go to war for my country.  I feel that I have learnt from past wars and I understand how much of a waste of time war is.  I feel that if other people did the same as me, then there would be very little people fighting, so less destruction and more safety’

‘To prevent another world war I would look at all the mistakes that happened before and see how we can fix it, for instance, forming friendships with other countries’

‘But in place a world wide alliance system which countries have to agree on, resulting in world wide security and countries weapons being taken away’