Thanks to Management and staff at Everyone Active for helping with the preparation an organisation of the day. 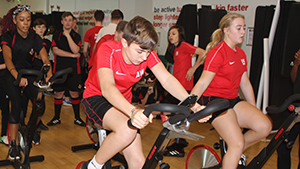 136 Km on a bike and 50km on a rowing machine by 20 students from both Woodlands School and Beauchamps School to raise awareness for the ride. The press release carried the Just Giving and CROWDFUNDER information in case any of the public would like to add to the venture. 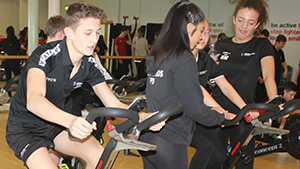 Stephen Metcalfe MP attended to chat to teachers and the students. He even maned one stage of the challenge on the bike. 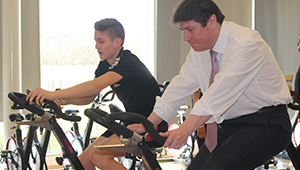 After the challenge was over – having taken four hours of hard physical work (and positively competitive) to travel the distance from Kent University to The Menin Gate, Beauchamps won the challenge just by 3 minutes. It was close all through the afternoon. Our thanks to all those competing. 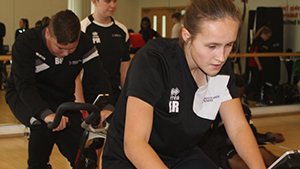 Woodland School is a secondary school in Basildon, Essex, UK.  The school currently educates more than 1500 students from Basildon and South East Essex. 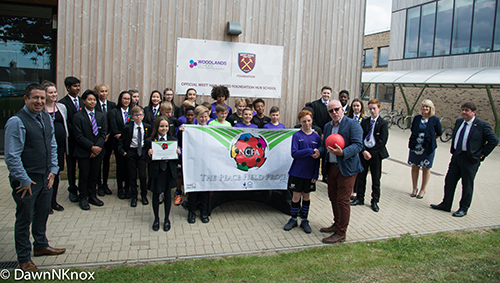 Woodlands School and Gesamtschule, Heiligenhaus, Germany re-enacted the 1914 Christmas Truces today as part of their commitment to The Peace Fields Project. The event was attended by special guest Alison Rose, British Ambassador to Belgium. Alison said, ‘It is important that young people learn about The Christmas Truces. It is a moment in history that speaks to all cultures, young and old’. Organised by Forget Never – Sacrifice and Legacy, the event was covered by national and regional media. 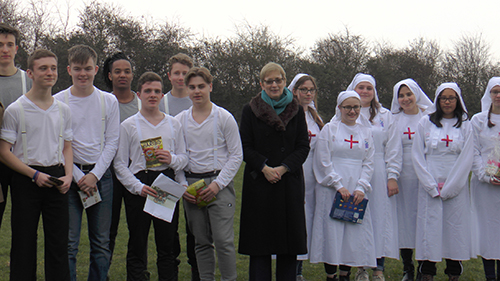 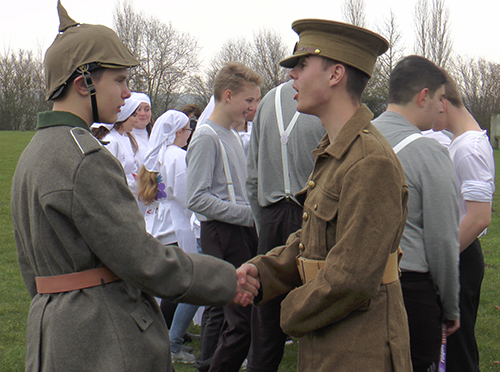 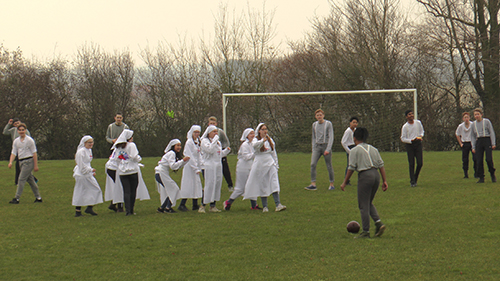 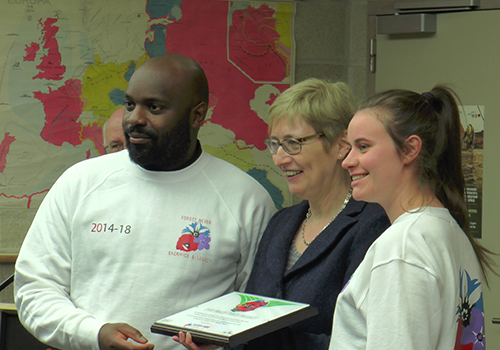 Organised by Forget Never – Sacrifice and Legacy, Project Manager, Bob Sheridan, The Peace Field Project (PFP) kicked off a series of events that will see Woodlands School twin their designated area of play with Flanders Peace Field, site of the 1914 First World War Christmas Truces.  A PFP introduction to the Woodland School pupils was presented by Ernie Brennan, CEO, The NCFA. 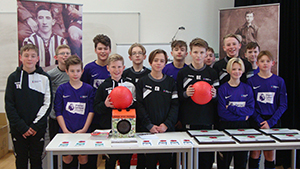 Woodlands School Team playing in the name of peace 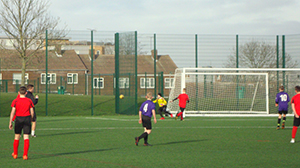 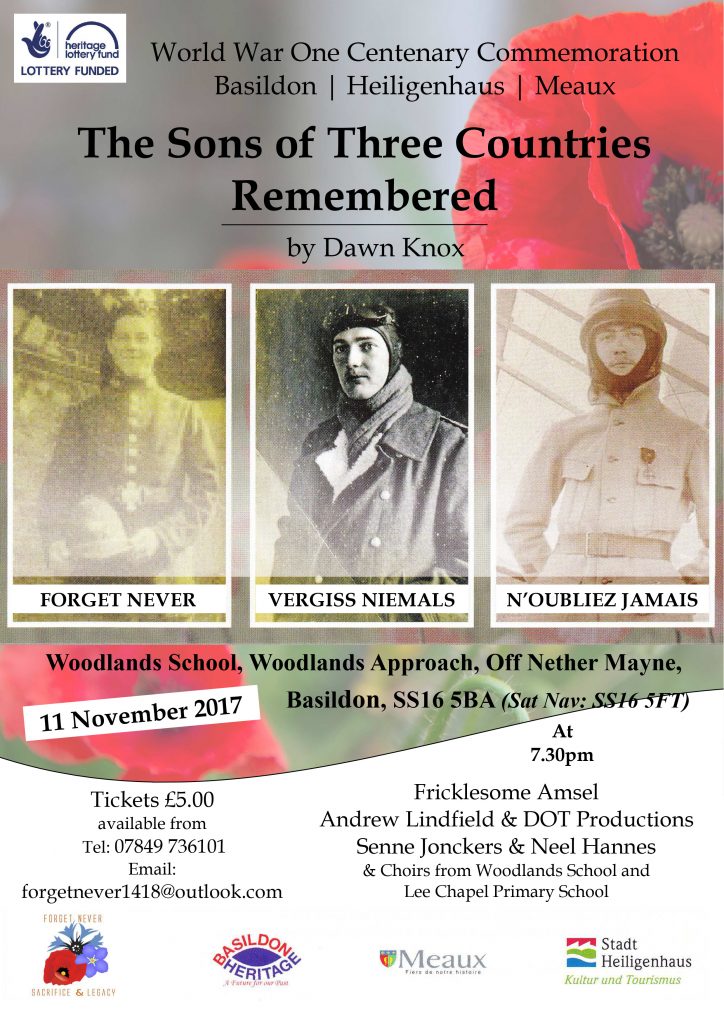