The anniversary of the First World War provides a wonderful opportunity to challenge perceived understandings of the conflict and to engage those who do not relate to the subject in any way. It is also an excellent opportunity to create dialogue; to find out how people understand the conflict and engage with the processes that have shaped, or failed to shape, their conceptions. In order to enhance the knowledge of those who already have some interest in the conflict, it might be useful to push them in different directions (for instance, the role of sport at home and abroad) and open up other perspectives and contexts. The following resources may be of help in trying to facilitate such a process and consists of a series of challenges to what might be called the primary points of entry into the history of the war: 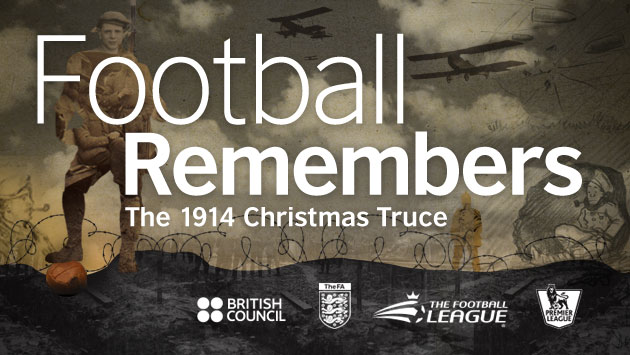 The Football Remembers education pack for teachers is designed to offer support and resources for pupils learning about the Truce events that took place in 1914, during the First World War.

It also acts as preparation for a mass participation event in December 2014. Clubs from the Premier League, Football Association and Football League, as well as community clubs and schools, will all play matches to commemorate the Truce.
The pack contains original accounts as well as activities for developing knowledge, skills and understanding across a number of curriculum areas. These can be used in individual lessons and assemblies or form part of larger cross curriculum projects over a number of subjects. You could also use it as a foundation for a joint curriculum project with a partner school overseas.
The activities are aimed primarily at pupils aged 9-14 but can be adapted to suit older or younger audiences studying significant historical events and people from their own locality. For more information click here
—————————————————————————————————————————-

Rugby Football Union programmes from matches played during the war, 1915 and 1917 are available.  They are for charity matches played between local teams and armed services of Canada and New Zealand.

There is one player who comes to mind as having formed his own battalion and that was Edgar Mobbs. He played for Northampton and England. He was initially turned down to join the army as he was deemed as too old. He then went on to raise his own battalion of 250 men. He was killed in action at Ypres in 1917. 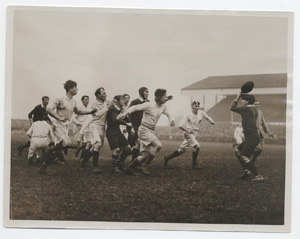 The England v Scotland action shot is taken from 1914 .  All the jerseys would have been cotton, they didn’t have a standard rose and the players would have worn their club socks.

Saturday March 21, 1914: Scotland line up against England in Edinburgh. England won the closely fought match 16-15, but a very different conflict was about to engulf Europe…

Both captains, a number of forwards and the majority of the backs who competed in this particular match never returned from the devastation of World War I. An incredible number of international rugby players died in both world wars and ‘Gone But Not Forgotten’ is our tribute to them all.

‘Gone But Not Forgotten’ was curated with the invaluable help and support of the Commonwealth War Graves Commission.

It is written in the RFU minutes that they wanted to form a rugby battalion but by the time the notion had come about most of the players had already signed up.

Click on English Rugby Union and the First World War 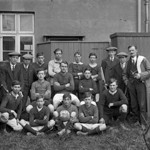 VCD Athletic is one of only a few clubs to have originated during the Great War when, in 1916 they were formed by workers employed at the Vickers armaments factory in Crayford. The club have played at the firm’s sports ground, Oakwood, in Old Road, Crayford, from the outset right up to the present time, save for eight seasons spent groundsharing whilst trying to get permission for the erection of floodlights.

a club called Vickers (Erith) joined the re-formed Kent League in 1919, changing their name to Vickers (Crayford) a year later. In their first season in the Kent League they visited Maidstone United on Boxing Day and played in front of a crowd of 13,500. The Vickers team that day contained seven Arsenal players who were finishing off their war service.

I am a retired teacher but still in demand in my home area of Gloucestershire, as a tutor of English and across the Humanities, from 11-18. I used to be an editor of www.footballpoets.org and still 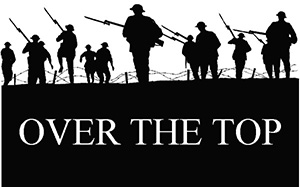 occasionally contribute. I am heavily involved in the football in the trenches scenario with local schools, community and Philosophy Football. My current brief is to develop a unit of work for a term on Literature andWW1 – I have completed this and have obviously included the Christmas 1914 events.  I am here to share good practice and I hope you enjoy the free downloads. I support this wonderful Football & Peace Project and wish you all good luck in your work.

Click on the following resources:
POWERPOINT:
realityofwar2 / rupertbrooke2 / warpoets2 / Wildfred_Owen_Dulce2C / World_War_One_Poetry2A / Poppy powerpoint
PDF:
SWYA Educational Resource
WORD DOCS:
Christmas 1914 / CHRISTMAS TRUCE / Regiments from which Battalions Truced and Fraternized Christmas 1915 / The Best Christmas Present in the World / The Great War in Snatches of Songs and Transcripts from / This is the running order2 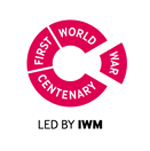 The First World War Centenary Partnership is a network of over 1,400 local, regional, national and international cultural and educational organisations led by IWM (Imperial War Museums).

Together, we will present a vibrant global Programme of cultural events and activities, and digital platforms which will enable millions of people across the world to discover more about life in the First World War.

Being a member of the Partnership gives each one of us a stronger collective voice, visibility through the First World War Centenary brand and website, access to a wealth of expertise and resources and the opportunity to promote our events through a centenary calendar on 1914.org. 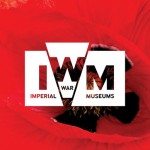 IWM is unique in its coverage of conflicts, especially those involving Britain and the Commonwealth, from the First World War to the present day. We seek to provide for, and to encourage, the study and understanding of the history of modern war and ‘wartime experience’. We are proud to be regarded as essential sights of London, Cambridgeshire and Greater Manchester.

Learn about pre-Association Football from mob-football, uppies and downies and public school games, to the hand written laws of the game following the formation of the Football Association in 1863. Be inspired by our unique collection, looking at football as a working class game, the changes from amateurism to professionalism, and its worldwide popularity as a modern game. Links to A Level P.E syllabus.

You can search “schools” as a category on this online timeline. There are over 30 timeline entries for schools. Select “View the timeline in full screen”:

Extracts from Kent School logbooks of the First World War era. There are timeline categories for:

Lives of the First World War- Community page for the Kent Education Committee Roll of Honour:

This information is drawn from a printed book that was produced as a record of war service carried out by teaching and administrative staff, originally published as part of the Kent Education Committee’s Report covering the years 1914-1919.

Free summary of the article is available online: 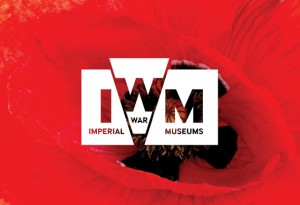 HOW DID BRITAIN THINK FOOTBALL  COULD HELP WIN WW1

The British Army had recognised the value of sport since the 1800s, but the First World War saw football become a key tool in preparing a new army of young civilians for life on the front line.

The nation’s favourite sport was used as an engaging and accessible way to build physical fitness in new recruits.

Football fostered unit solidarity and strengthened relationships between soon-to-be comrades. Loyalty and commitment to a battalion’s objectives would be valuable assets in a soldier.

Long periods of inactivity were part of a soldier’s day to day life. Officers used football to instil positive habits in their men so they used their free time well: better they were running around make-shift pitches than the local taverns.

Mental fitness was as important as physical strength. Following the introduction of conscription and disastrous losses at the Battle of the Somme, playing games like football would help bolster battalion spirits. 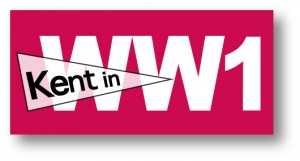 Kent in World War One is a website; funded by the Heritage Lottery Fund; dedicated to the Kent Coastal Towns and the role they played in The First World War. Visit www.kentww1.com to discover more about the people and events in Kent and their locations. Ensure your town or family are represented on our site by sharing with us family photographs, service records, or postcards and we will locate them on your town map to be a visual part of the history of Kent in the First World War. Share with us family memories so that we can tell your family’s story and show what life was like for all those who lived in Kent during this time. Please note that this is open to any school or youth organisation project and all submitted content is fully attributed. If your group would like to have a link on our website please contact us at info@kentww1.com

This timeline of events across the county during World War 1 was researched by Time2Give volunteers using the archives at the Kent History and Library Centre. It is part of a series of information and activities we are organising as part of the First World War Centenary to commemorate those who lived, fought and died in the First World War.

Among the 14km of historical documents held in the Kent History and Library Centre, there are many important collections relating to the First World War.

For example, there is a collection of 22 albums of letters sent by the First World servicemen of Great Chart village in reply to correspondence from The Friends of Great Chart. As well as letters, field cards, postcards and photographs, the albums contain memorabilia: There are concert and sports programmes, memorial cards, embroidered cards, Christmas cards, local newspaper cuttings, pressed flowers, bookmarks, and leaflets. There is even a copy of the Baghdad Times!

Anyone who wants to learn more about Kent’s role in the First World War can visit the Kent History and Library Centre, access the library catalogue or the archive catalogue.

GATEWAYS TO THE FIRST WORLD WAR

Welcome to Gateways to the First World War. We are an Arts and Humanities Research Council funded centre for public engagement with the First World War centenary. Gateways is managed by the University of Kent in partnership with the Universities of Brighton, Greenwich, Portsmouth, Leeds and Queen Mary, London, and supported by a range of other institutions. The aim of the Gateways team is to encourage and support public interest in the conflict through a range of events and activities such as open days and study days, providing access to materials and expertise, and signposting for other resources and forms of support.

The Shorncliffe Trust is currently working towards creating the UK’s first Heritage Park & Education Centre dedicated to the history and legacy of the modern British Army.

Shorncliffe has been on the frontline of this country for over 200 years and has a unique history that is tied into world history events from the Napoleonic wars through to World War II. It is rare to find one military site in the world that has influenced and changed so much about the way today’s soldiers fight and operate on battlefields in the 21st century.

The centre at Shorncliffe will examine its military history and the impact (both social and cultural) the army camp made over the centuries both locally and internationally.

Shorncliffe has welcomed different nationalities from around the world and, in this corner of Kent, hosted royalty and leaders from a variety of nations.

The diaries of Lieutenant Kurt Zehmisch, a  German WW1 soldier , were discovered by his son while clearing out the family loft. Rudolf was astonished to find  that his father had helped initiate the infamous ceasefire of 1914 . “My father had studied in France. He also visited England. He went on a day trip to […]