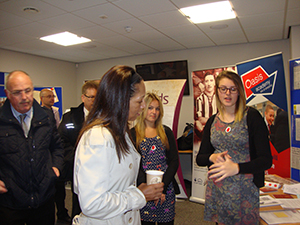 “Both sides singing…My orders to the Coy. [Company]…are not to start firing unless the Germans do”. Captain A.S Bates, commanding No 4 Company, 1/5th London Regiment (4th Division), France, 24 December 1914.

100 years ago this December guns fell silent on the Western Front during the Christmas Truce of 1914. Soldiers from both sides exchanged seasonal greetings, songs and gifts, while some participated in games of football on “no man’s land”. Such gestures of humanity amidst the chaos and carnage of the battlefield serve to highlight the brutality of war and the sacrifice made by so many. This centenary year, a number of events are taking place up and down the country to fittingly commemorate this milestone in history. 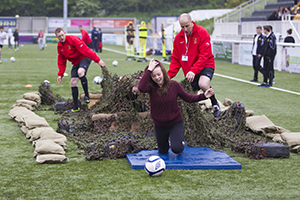 Last week Maidstone United’s Gallagher stadium played host to a Football and Peace day organised by the National Children’s Football Alliance. As the MP for Maidstone and in my role as Minister for Sport and the minister leading the Government’s First World War commemorations, I was honoured to be a part of this initiative. Pupils from five schools across Kent were joined by students from Germany to partake in friendly games of football and cricket, among others.

Kent students have also been researching the local impact of the war and the role of sport in war and peace, thanks to a £32,500 grant from the Heritage Lottery Fund. Their work was exhibited on the day and it was fascinating to learn more about Kent’s contribution to the Great War. 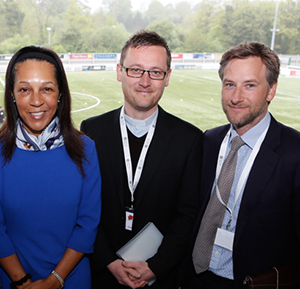 Football and Peace day perfectly embodies our focus for the centenary on remembrance, education and youth. It’s vital that this generation appreciates the sacrifice made by so many men and women, a sacrifice that has shaped the world we live in. The peace we enjoy today is perhaps taken for granted, but for soldiers on the frontline that Christmas 1914, it was but a momentary reprieve.

Click on the link below to view the Football & Peace Film featuring an interview with the Minister for Sport.